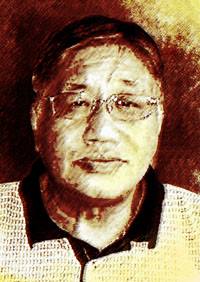 Grandmaster Ip Tai Tak was taken as Master Yang’s male heir and adopted son (Disciple) in 1958. He was then taught the Yang Family’s Snake System and became Master Yang’s practice partner for the next 28 years

Master Ip told me that Yang Chen Fu taught the snake style only to his eldest son, Yang Sau Chung, and that Yang Sau Chung passed on this system only to him. Master Ip taught me snake style system after I became his Disciple in 2001.
Fotolia_682912_M
Master Ip was an innovator, adding exercises, drills and martial variations to the body of knowledge passed on to him by his Master. He researched many different martial systems and worked with his Master to develop a more complete system of Zhan Zhong. Master Yang also gave Master Ip permission to personalize the Yang Family Long Boxing and weapons forms to suit Master Ip’s martial interests and beliefs.

Before his death, Master Ip gave me permission to teach his Snake Style openly and encouraged me to pass on this teaching throughout the world. This has become my mission as his Disciple.

In honor of his legacy, and to distinguish this system from all other Yang teaching methodologies, I am proud to announce the formation of Ip Family Tai Chi Chuan (from the Snake Style of the Yang Family).